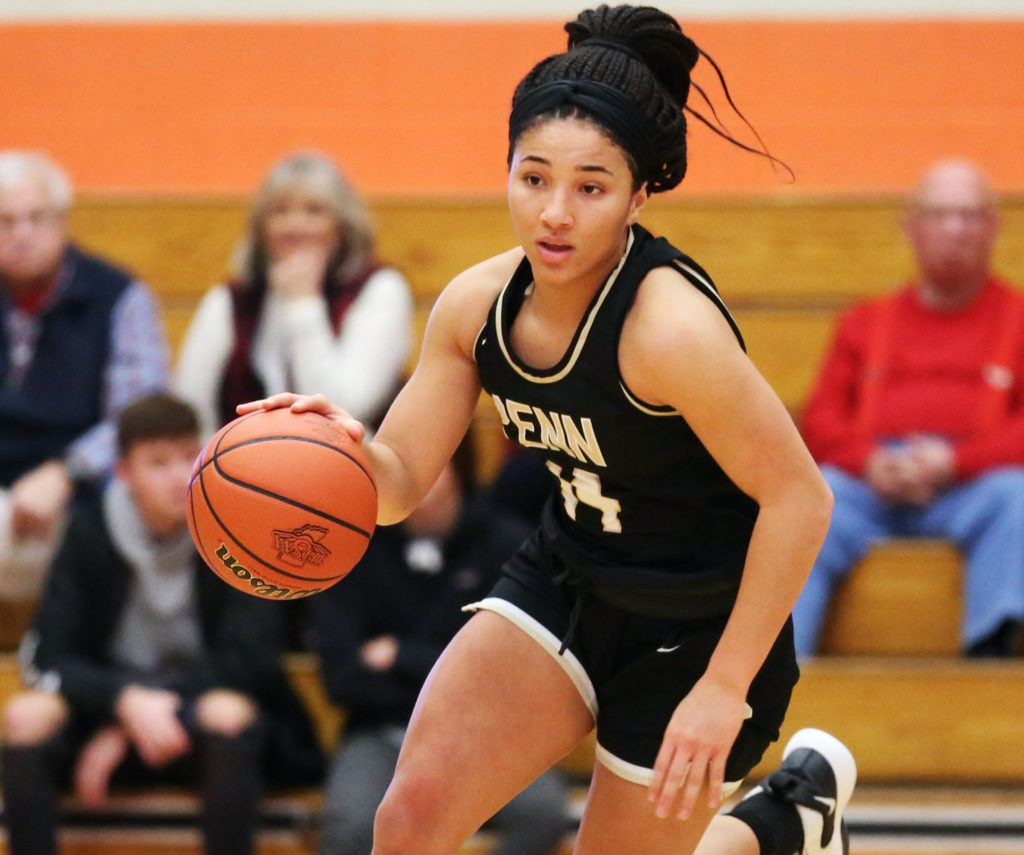 The Buckeyes recently bagged a future floor general who resides in beast mode 24/7. Think Wonder Woman in a basketball uniform.

Mishawaka Penn senior point guard Kaitlin Costner committed to Ohio State last week, capping the recruitment of a genuine fire-starter in the backcourt and a true sleeper in the 2021 Miss Basketball race.

The slick, smart and scrappy Costner started her prep career at Elkhart Central, where she averaged 17 points and four assists per game as a super soph in ’19. She got to Penn last year and didn’t enter the lineup until late in the season (due to transfer rules), but once she did, she hit the ground running and never looked back. Penn won a regional last March in a month where Costner tossed in 14 points and dished out five dimes an outing to help spur her squad to a semi-state appearance.

Her efficiency and work ethic shine through from baseline to baseline.